Follow our students every day as they do some incredible work in Africa!

We arrived at 2:30 am with a warm Liberian welcome from CCM (Community Church Ministries). After two days of travel we received 4 hours of rest before the next day of activity at the International Youth Conference. There we were all exhausted and still adjusting to 90% humidity but the moral had never been higher. Each member of our team had the opportunity to preach a message about either obedience, stewardship, and evangelism. The church received our message with open hearts and thanked us many times for blessing them, but we felt like the ones who were blessed by this conference today!
The focus of our trip was to build relationships with the people here in Liberia. We have already been connecting with the people here as if they were our family, and today every single one of us has made a connection with someone here. We are all tired and worn yet so excited for this trip and so eager to see how God will use us to bless our lives and the lives of the people here. 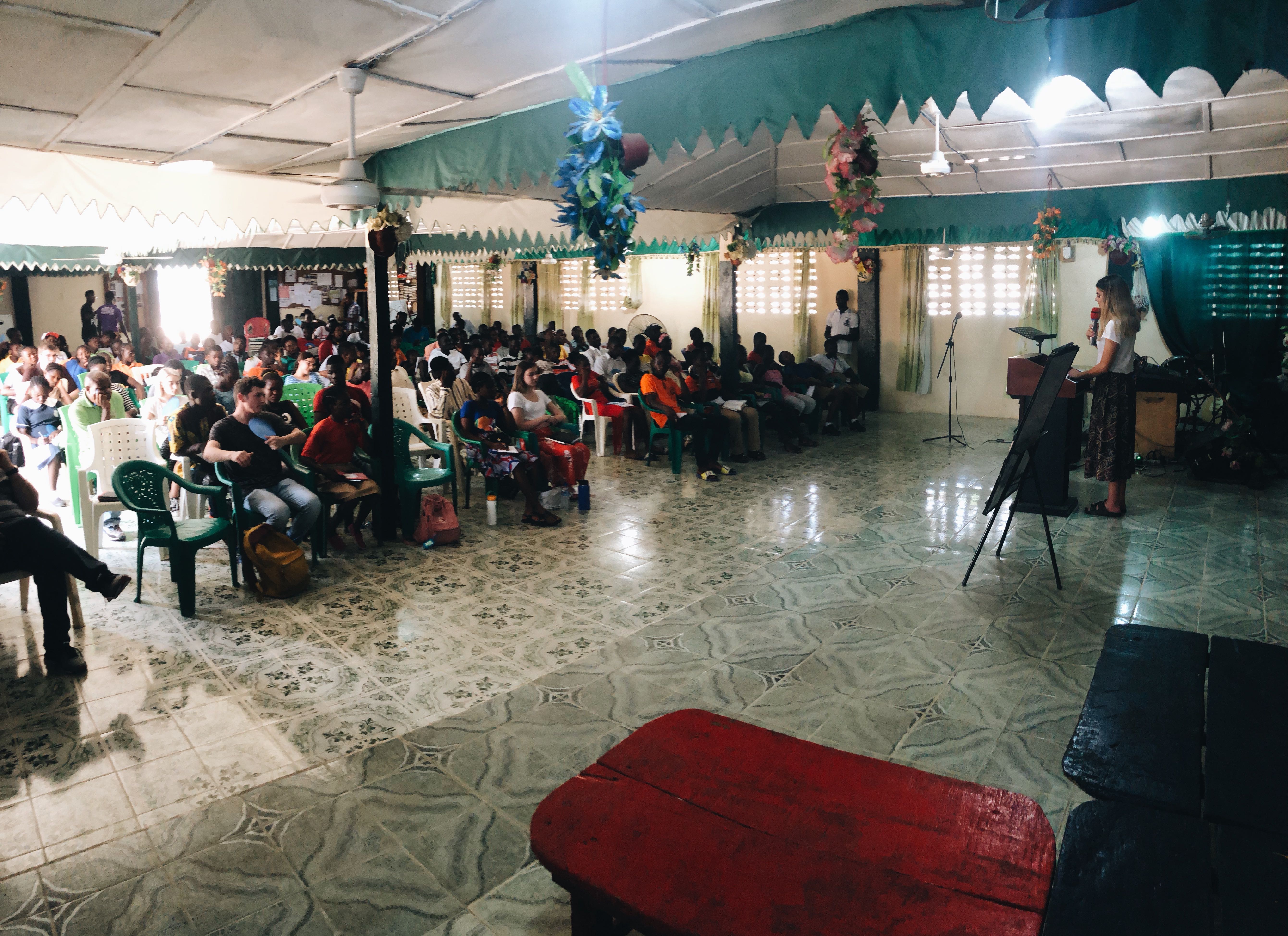 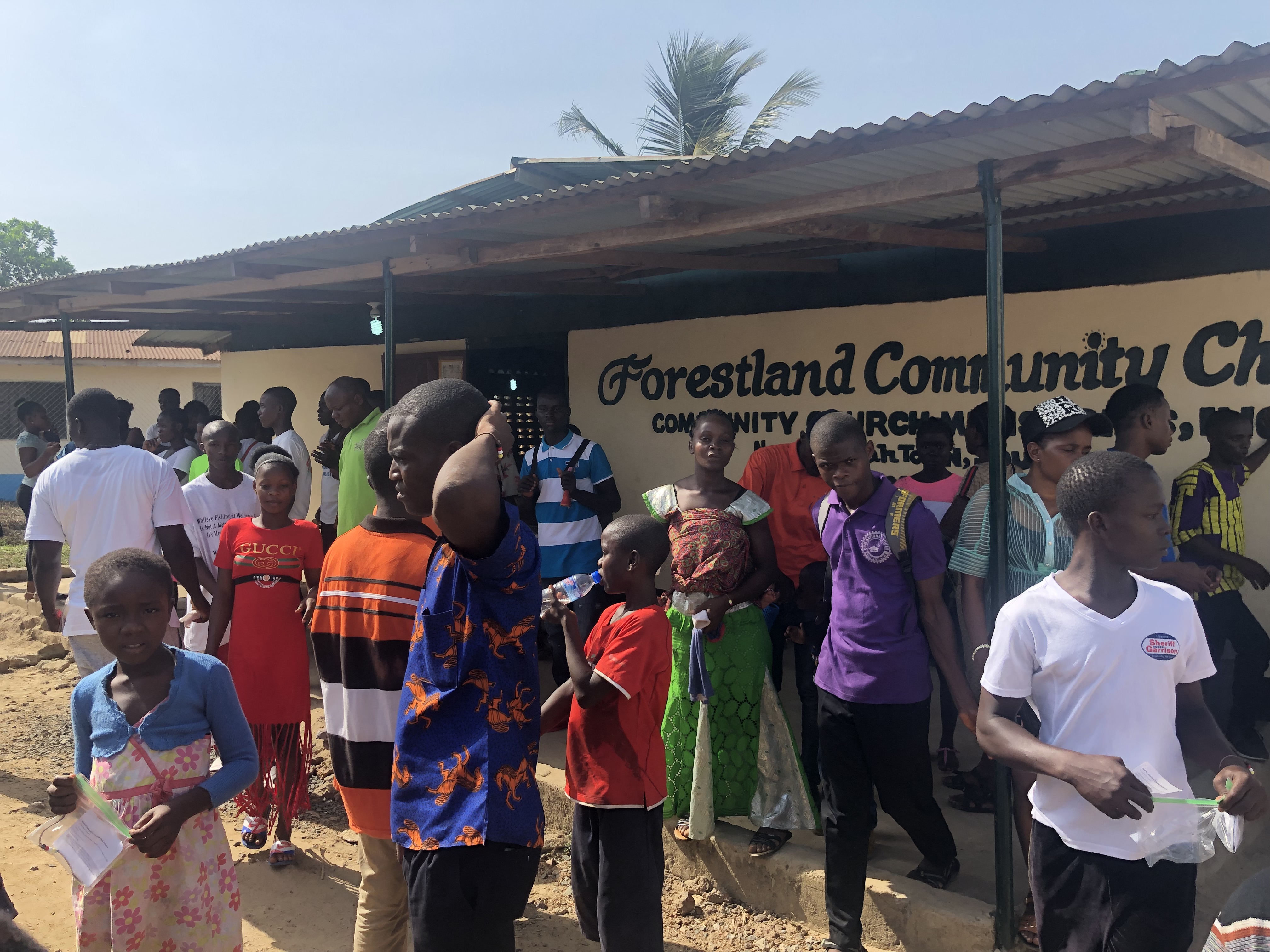 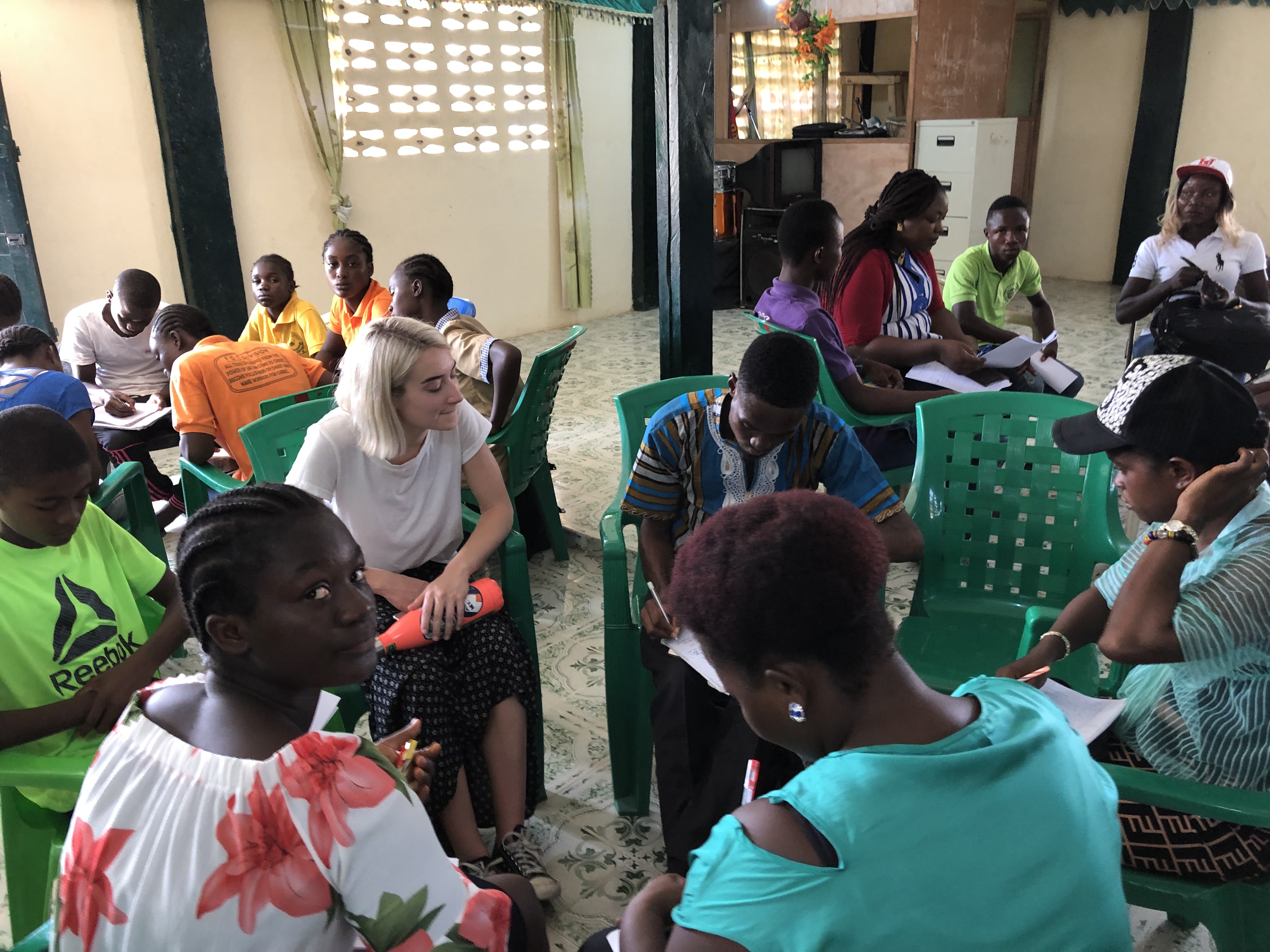 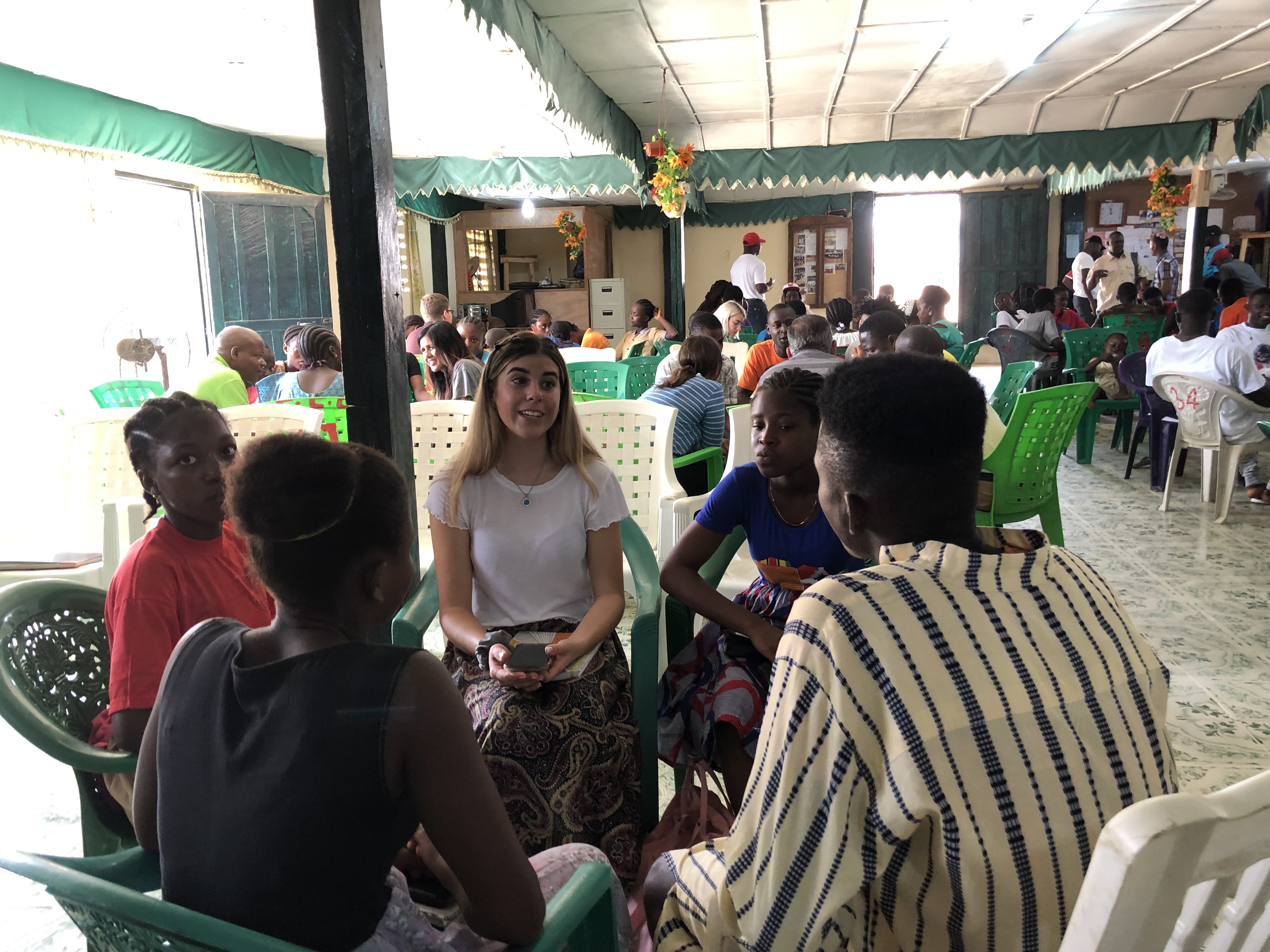 Today we woke up ready to go and visit just a few of the many churched that they have been planting here in Liberia. We travelled in two cars. In the first car, Mike got to hear many jaw dropping stories of the local leaders like Ebenezer Brown. Who was captured by rebels during the war and had an amazing testimony of God grace. In the second car, the rest of the group got to hear the story of Konah Yormie, the youth leader of CCM. Who was only eight when the civil war was ragging and had to run ten miles back to his home when his classroom was turned into a war zone. After the long ride of hearing the awe-inspiring stories, we arrived at Believers Community Church. The people there were very excited to meet us. We worshipped and prayed with them, then continued to more churched where we prayed with them.

We returned home to the guest house. We ate dinner together. We had a great fellowship when discussing our day and how we can bring their incredibly joyful attitude in spite of their circumstances. Then, we prayed. 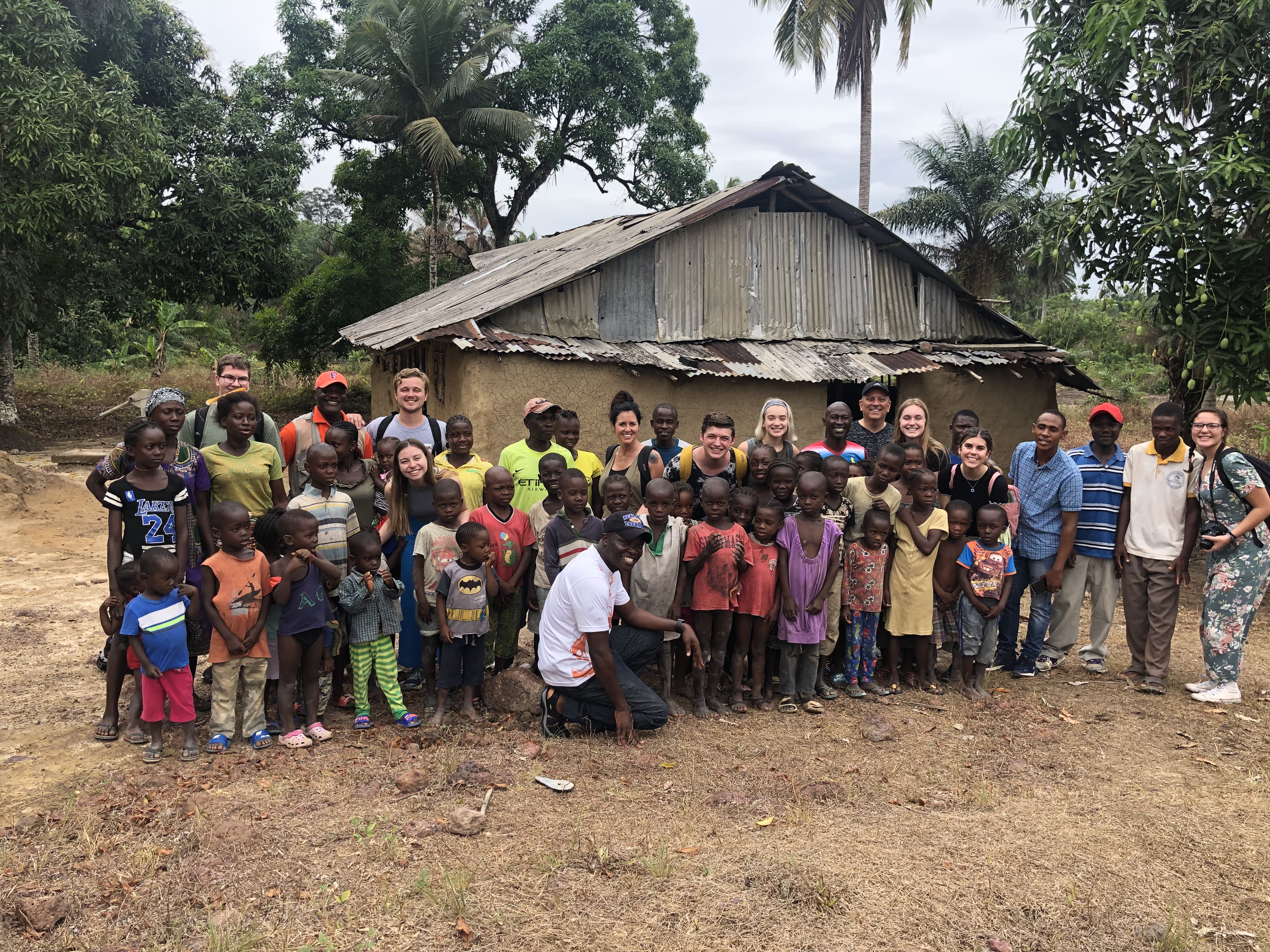 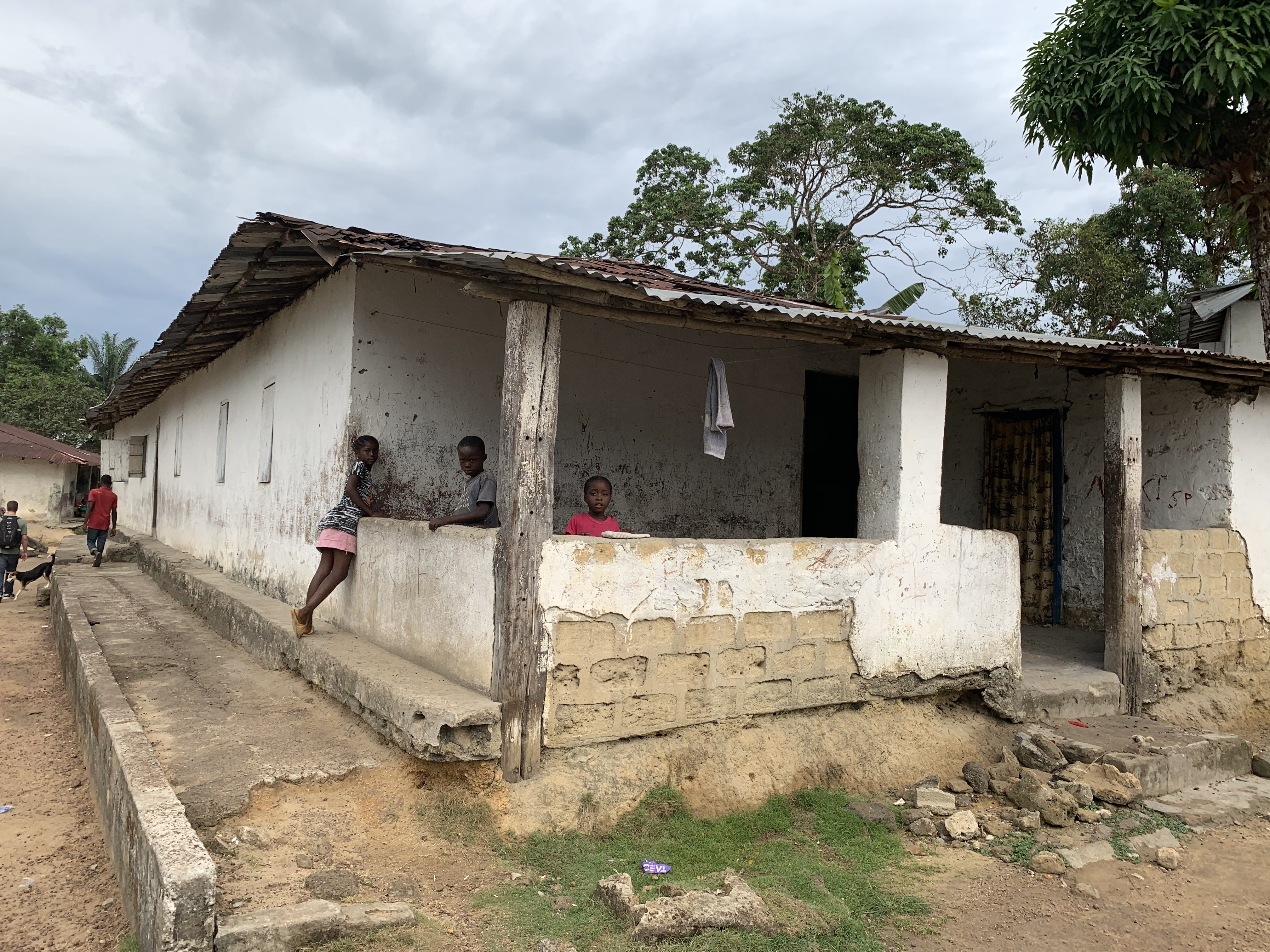 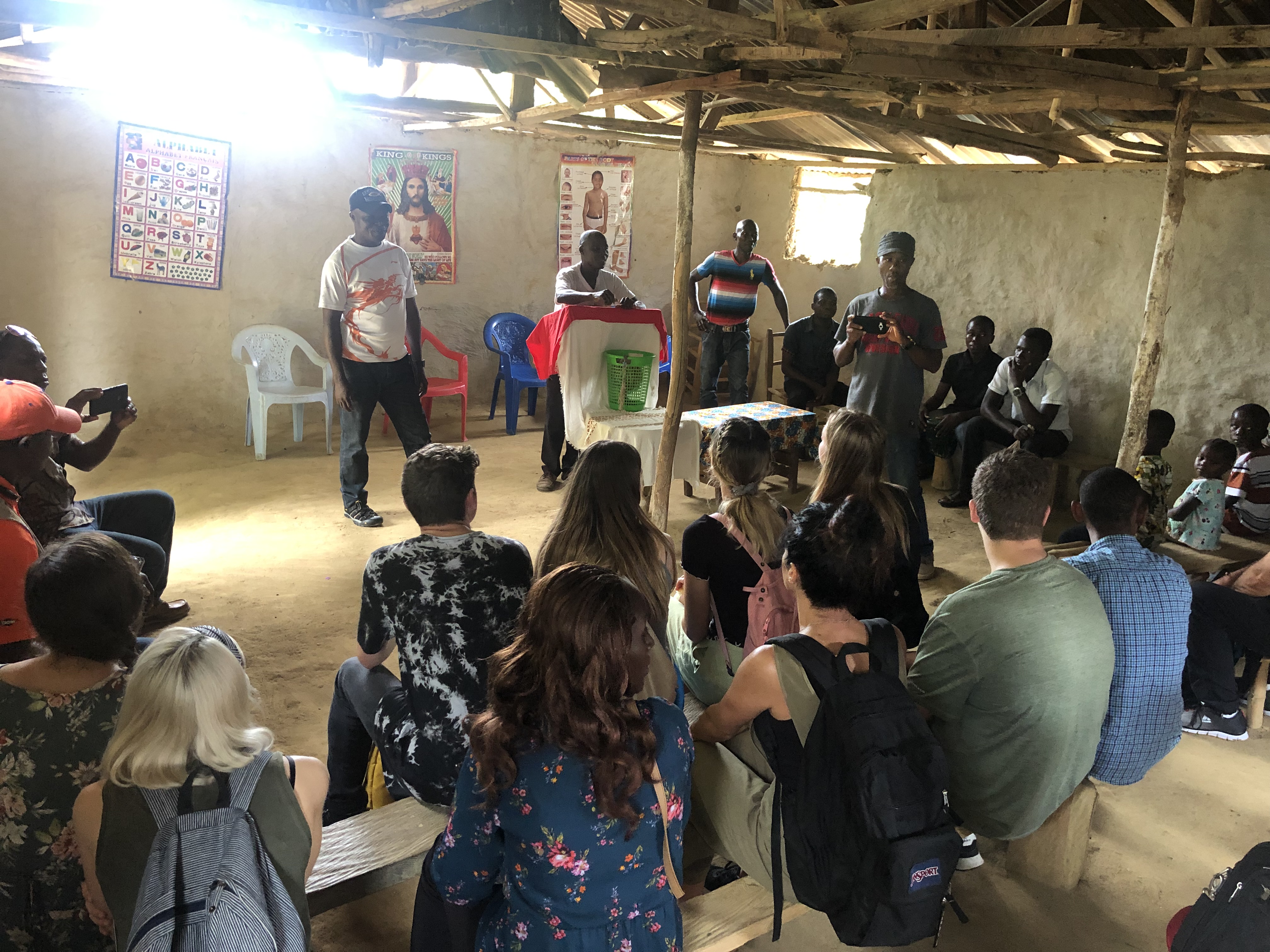 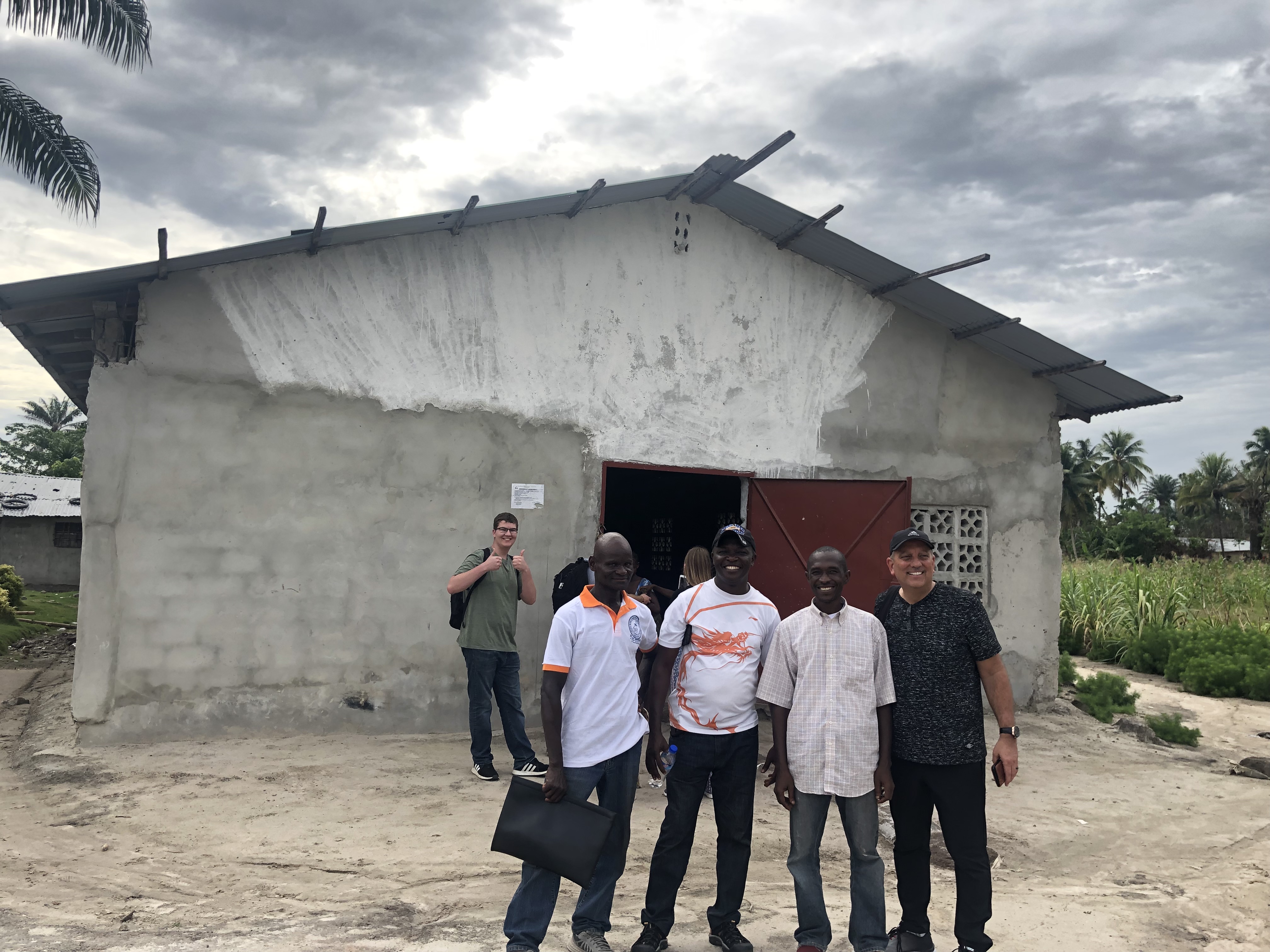 Today we woke up to the smell of French toast made by our incredible head chef, Chloe. Then, after an amazing breakfast, we left for a day full of sports and ministering to children. We started out with a giant soccer match against the palm view community church and twenty-fourth street community church. Dakota played for Palm View Church and scored two goals against Elias and the Twenty-Fourth Street church. Elias informed us later that if he played for any longer he would have “DIED!!”. When he informed us of this the diver, who has made not a single noise this trip, began to giggle while still holding a straight face. The next game was against New Island versus Forest Land. Then we moved into a room and after eating lunch we started preparing for our kid’s ministry. While we were eating our lunch, all the youth were eating their lunch which we raised the funds for. Right before starting, we were informed that our plans were changed and we now had fifteen minutes to do all the things we each had prepared. So, there were five minutes for worship where we sung Father Abraham and a native song called You are Enough, oh Papa. Then there were five minutes for a story lead by Sydney and acted out by Joshua. Then there were five minutes for Bible memory and the rest of the time was dedicated to crafts. During craft, the kids colored a picture of Jesus and were all very proud of the results. When we were done with that we spent the rest of the day in community with the children there. We then went home after a long day and spent the rest of the night eating, praying and enjoying community with each other. 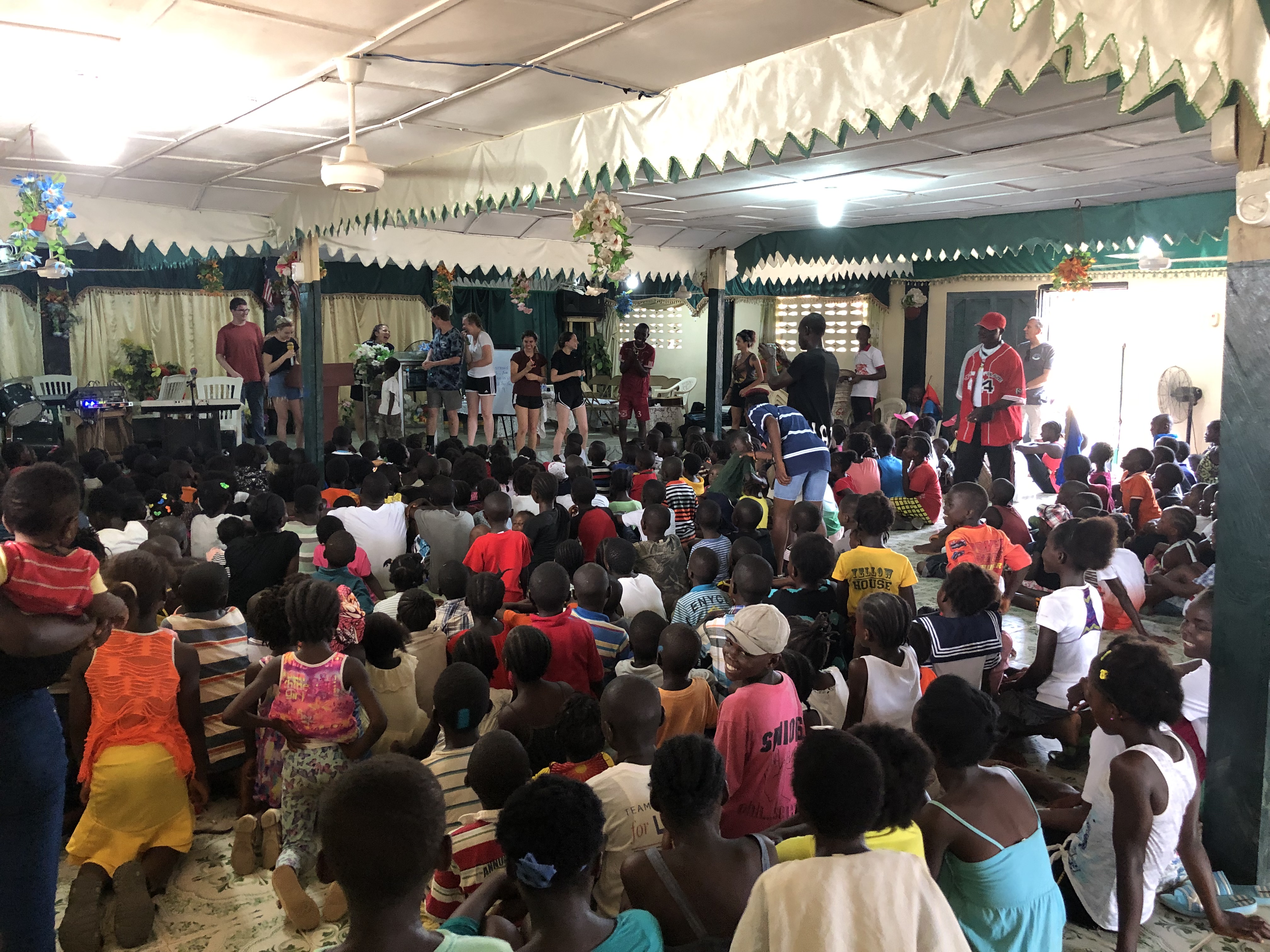 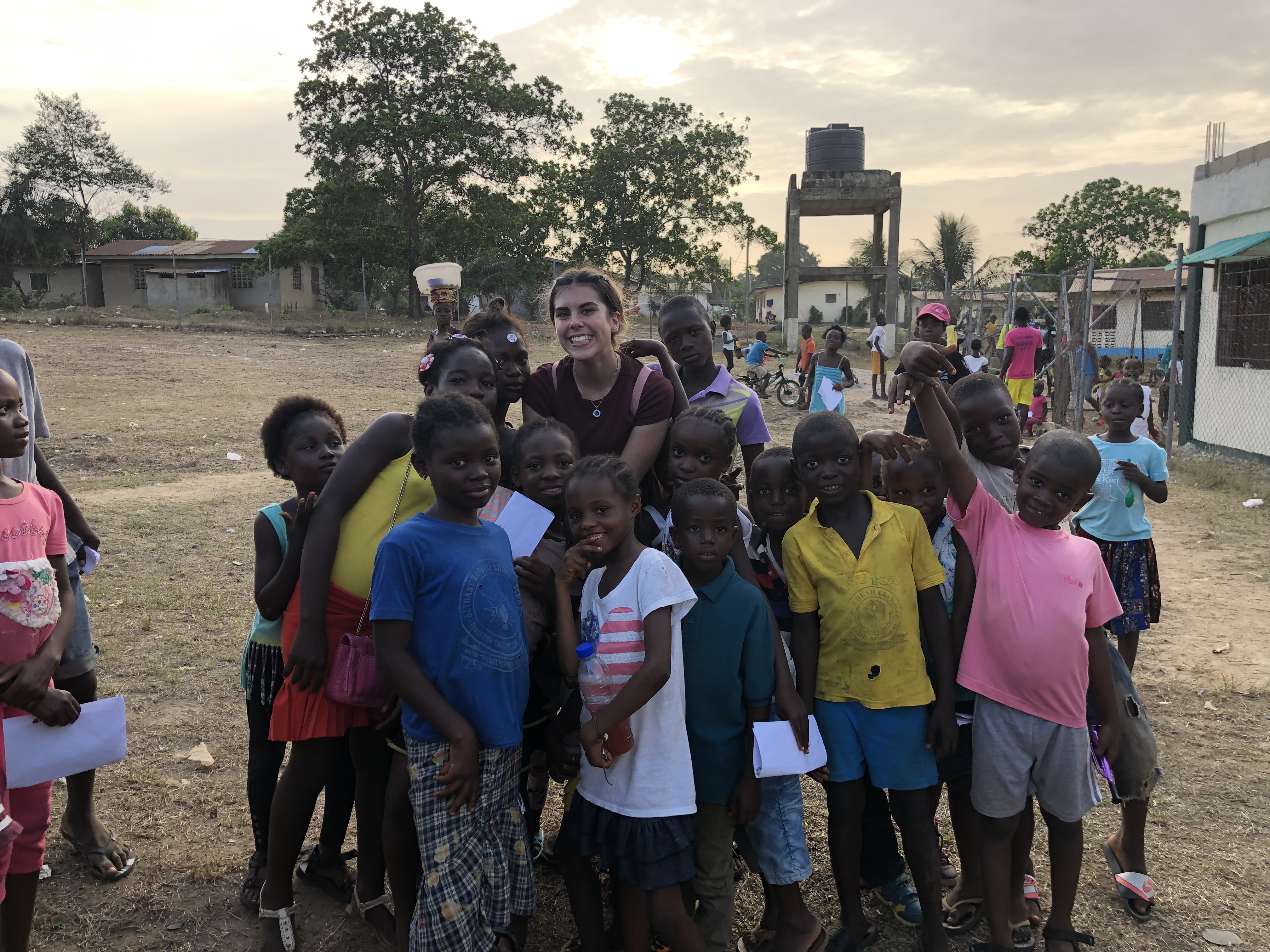 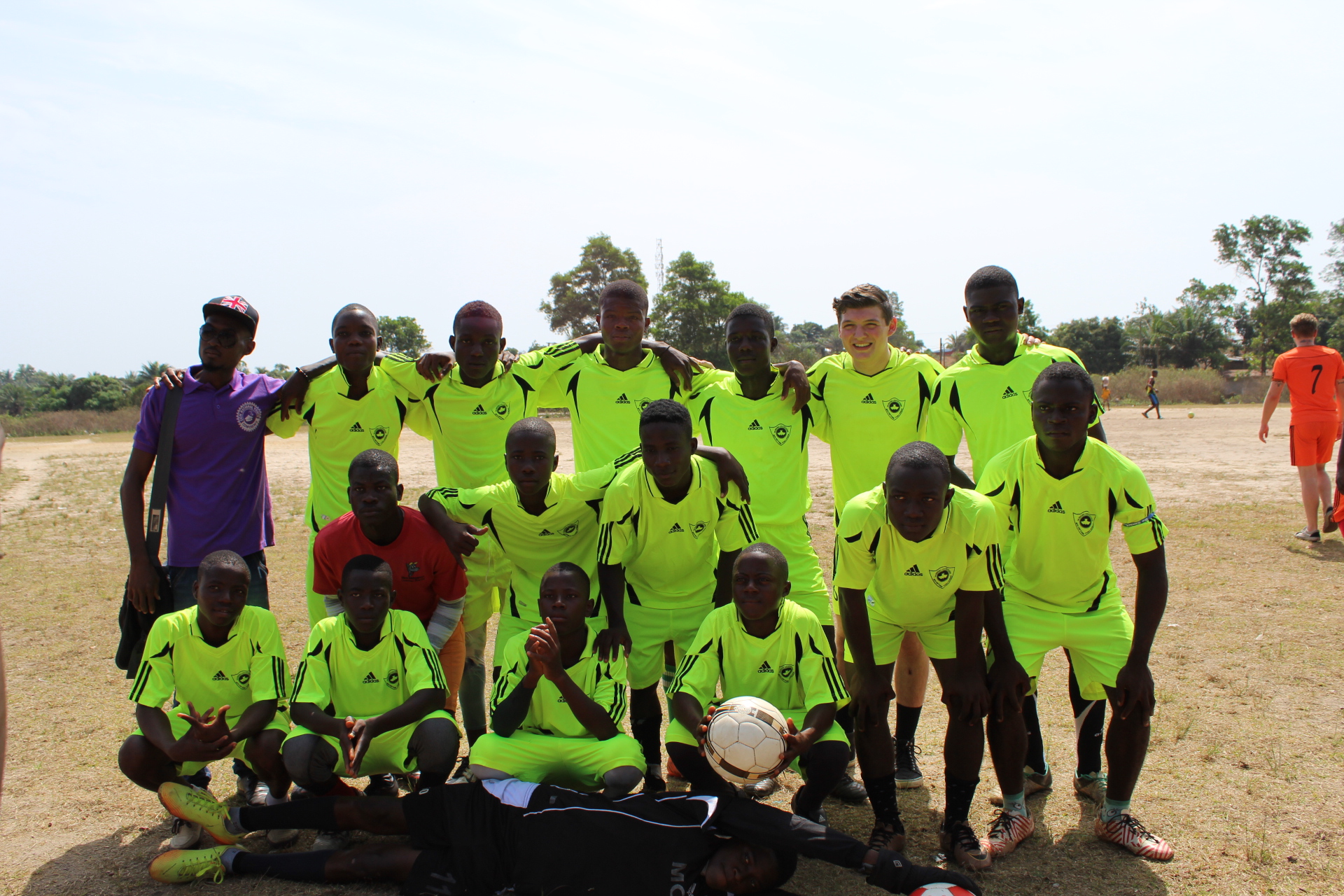 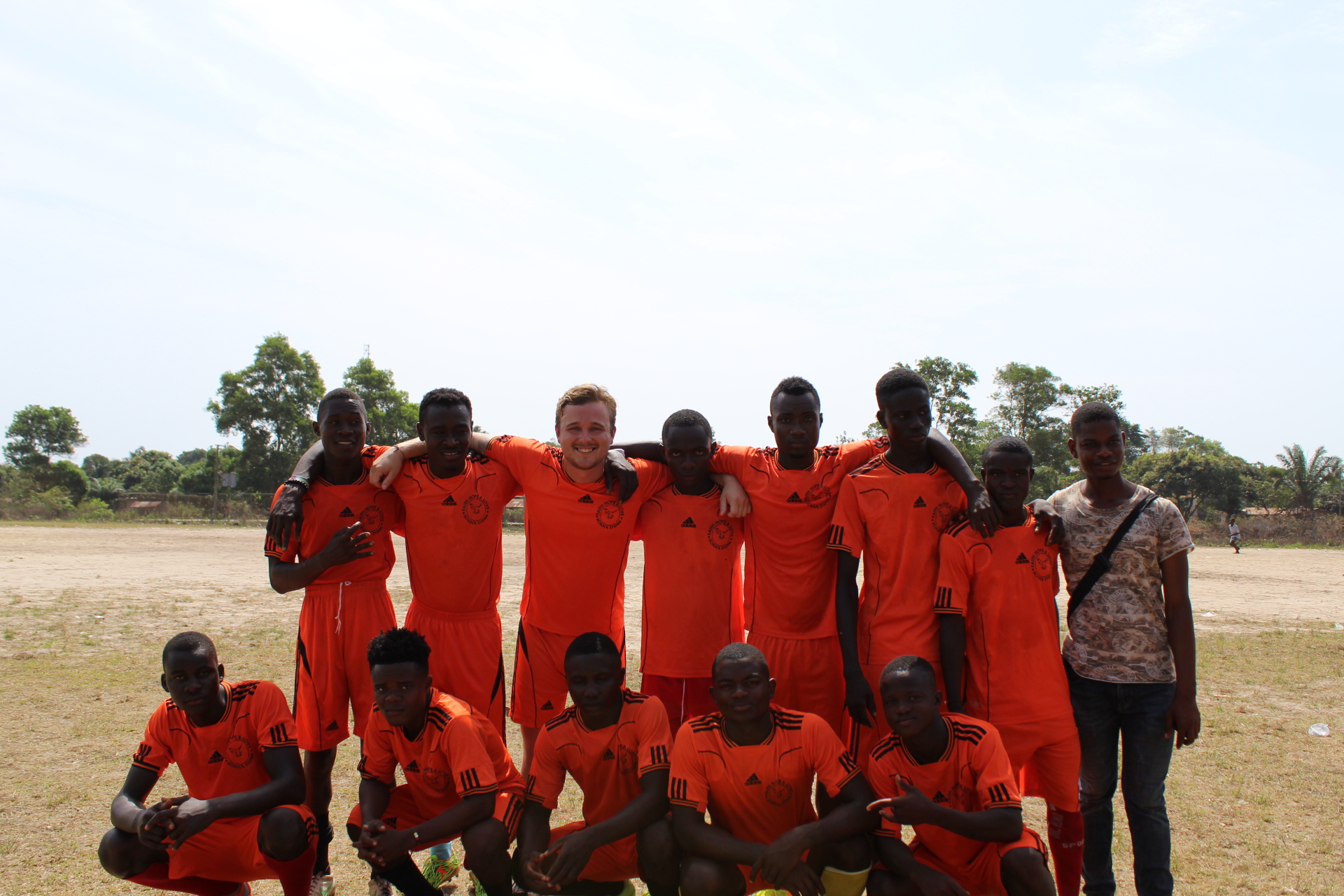